I seem to really like the shiny, sparkly gemstones. Sunstone is one of them. The nicest sunstone I have found is from a local supplier. These pendants are the second batch I have purchased from him. And here is my first ever video on my blog.

These are just a few of the pendants I currently have in my bead store. 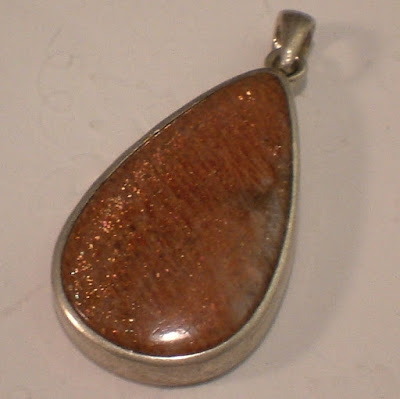 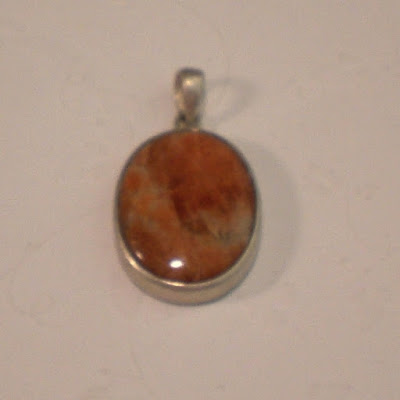 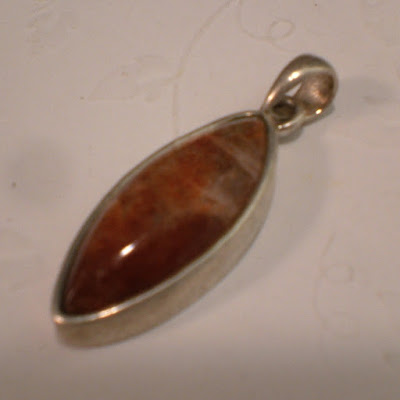 I did a little research because I was interested in knowing where sunstone comes from.

"Sunstone is the State Gem of Oregon, a prime source for this beautiful gem.

Sunstone is metallic in appearance and comes in red, orange or green colors. However, cleaner red sunstone is very rare and it commands true gemstone prices. The stone is a composition of oligioclase feldspar which also contains hematite or goethite. The presence of hematite or goethite creates a reflections of light, hence the name sunstone.

Sunstone is formed in molten lava and is discharged onto the surface with the help of a volcano. The lava weathers away or is broken. Fine crystals of sunstone is then released. The Oregon sunstone is found with copper in it which is the cause for the range of colors in the stone from water color to yellow and many shades of green, red and pink.

In ancient times, this stone was used by natives for barter. It was also believed by the Vikings to be a talisman for navigation. Today, it is widely linked with human being as protective energy. It lends extra energy at times of stress or ill health."