Beginning of the Birthstone

Most scholars and gemstone historians believe the first written history of the birthstone comes from the Book of Exodus in the Old Testament. Here there is a description of a breastplate worn by the High Priest of the Hebrews as a religious ceremonial garment that was adorned with 12 gemstones. Each of the gemstones was symbolic of each of the 12 tribes of Israel.

In ancient India, gems were associated with planets and astrological signs. This is another idea of their origin.

In the first century AD, writings indicate a particular stone was to be worn during each astrological sign in order to be harmonious with the ruling planet. Starting in the eighteenth century, stones started to be worn as natal amulets.

The original stones used by the ancients were stones that were readily available and not as glamourous as today. Some of these included jasper, sardonyx, calcedony and bloodstone. The following is what we currently think of as birthstone, and some interesting background information about each stone.

JANUARY'S GARNET: There are many different myths about the origins of garnet. One such myth suggests that the garnet originated with Persephone, the Greek goddess of sunshine. Persephone was captured by Hades, the god of the underworld. Before Hades released Persephone, he wanted to guarantee her return, so he gave her some pomegranate seeds. The word garnet comes from the Latin "granatus," which means seed. 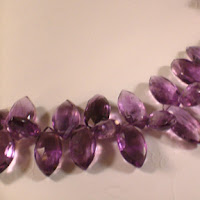 FEBRUARY'S AMETHYST: According to Greek myth, Dionysius, god of intoxication, was angered by an insult from a mere mortal and swore revenge on the next mortal that crossed his path, creating fierce tigers to carry out his wish. Along came the unsuspecting Amethyst, a beautiful maiden on her way to pay tribute to the goddess Diana. Diana turned Amethyst into a statue of pure crystalline quartz to protect her from the tigers. Dionysus wept tears of wine in remorse at the sight of the beautiful statue. The god's tears stained the quartz purple, creating the gem we know today.

MARCH'S AQUAMARINE: Aquamarine's name comes from the words "aqua" and "mare," meaning water and sea, from of its intense blue-green color. Because of its resemblance to the ocean, sailors used to wear talismans made of aquamarine depicting the god Neptune, who ruled the seas. With the help of their god, they believed the aquamarine would offer them protection from the elements.

APRIL'S DIAMOND: Diamond is the most familiar gemstone and it has a rich and interesting history. Diamonds are known for their prismatic beauty and hardness, and they are highly valued for these and other qualities. At one time, it was even thought that if you took a diamond into bed with you, it would cure your illness!

MAY'S EMERALD: Thousands of years ago, the ancient Egyptians mined the Earth, suffering through extreme conditions to find the prized green emerald. Cleopatra was so taken with these stones that she claimed the mines for herself. In fact, she was known for wearing lots of huge emerald jewelry, and gave emeralds carved with her portrait to her important visitors. 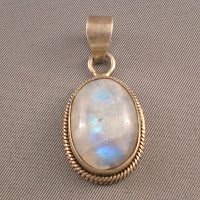 JUNE'S MOONSTONE: Moonstone's name comes from the fact that its shiny iridescent and refractive properties resemble the glowing moon. Moonstone (also called sunstone) can be blue-white or peach in color. Ancient peoples believed that the stone had mystical properties and could help with spiritual awareness. Some even believed that wearing this stone could cause invisibility for the wearer. 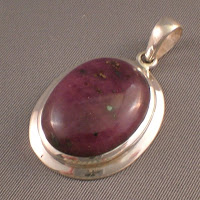 JULY'S RUBY: The ruby is one of the most highly valued of all gems. Ancient Hindus referred to it as "the king of gems," and royalty used ruby to ward off evil because it was believed to have magical powers. One such magical power was that the ruby would get darker in the presence of evil and lighter when the evil was gone—but only if possessed by its rightful owner. 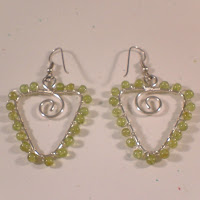 AUGUST'S PERIDOT: The Arabic word "faridat," meaning gem, is where the name for the gem peridot comes from. Peridot's stunning beauty and bright color caused the ancient Egyptians to call it "the gem of the sun." It was believed that peridot glowed with its own inner light even after sunset, and that miners used to locate the stones at night to retrieve them during the day.

SEPTEMBER'S SAPPHIRE: Sapphires were believed to have special protective powers, such as preventing envy and protecting the wearer from poisoning. Some ancient cultures even thought that if a sapphire container held a venomous snake, it would die. In addition, people believed that sapphire had medical healing properties, such as the ability to cure colic, rheumatism, blindness, and mental illnesses.

OCTOBER'S OPAL: Opals were greatly valued by ancient monarchs for their protective powers. They were worn as jewelry and in crowns to ward off evil and to protect the wearer's eyesight. The opal was also ingested in a ground-up powder to protect against nightmares.

NOVEMBER'S CITRINE: The first civilization thought to wear citrine (a yellow variety of quartz) were the Romans, who shaped it into cabochon—polished but unfaceted cuts of stone worn in jewelry. Citrine, like all forms of quartz, was believed to have magical powers and was worn as protection against evil and snake venom poisoning. 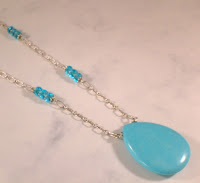 DECEMBER'S TURQUOISE: Since about 6,000 B.C. when it was first mined by the Egyptians, turquoise has been one of the most valuable opaque minerals in the jewelry business. Native Americans and Persians also valued it for its decorative and ornamental beauty. The Navajo believe that turquoise is a part of the sky that fell to Earth.